Thank you SO MUCH for coming to my presentation.  Please do not hesitate to reach out if you have any questions or success stories to share!  As promised, here is my presentation.
Posted by Bess Hayles at 2:40 PM 1 comment:

This summer, during a TPRS workshop I presented, I decided to try something different for me with a picture talk.  Usually I try to find a goofy picture (think Awkward Family Photos) and we talk about that.  This time, I chose a piece of art that I felt represented the structures my "students" (actually teachers) were working on: was, had, wanted.  So I found this painting by Edgar Degas.


Here is the dialogue, in English, of how I used this painting.

Me (pointing to woman): Was there a man or a woman? Woman, right! There was a woman. Who was this woman? Sarah? Yes! The woman was Sarah. Was Sarah beautiful? Yes, she was beautiful. Was Sarah happy? No, Sarah was not happy. Sarah was sad. (Continue until students get bored talking about Sarah).

Next, we moved on to the man and followed a similar script of questions. It turns out, according to my students, that the man was the boyfriend of Sarah. Then, I asked Why Sarah is sad.  Because I had superstar language teachers as students, they were able to answer this question and decided that she was sad because she wanted a different boyfriend. Then we were able to talk about why Sarah didn't want the man as her boyfriend (he smokes and she hates that).

Last week, in a collaboration, another teacher in my school said that she wants to try to use picture talk more this year and I volunteered to do this picture talk for them.  During the picture talk with them, I had another epiphany (for me...superstar teachers are probably rolling their eyes at this point at how lame I am)! Our story followed a similar script, but in our story, the woman and the man were just fighting.  So, I said, "Yes, a week ago they were in their house..." and BOOM! a story evolved that could use actors and different locations outside of the café.  I will definitely do more of this in the future during picture talk.  I can't believe it took me so long to "get" parallel stories or Blaine's magic of talking about what happened outside of a story.

Anyway, we happened to have a former art history major in this collaboration group and she had insight into the painting.  It's called The Absinthe Drinker.  So we thought that it would be a great follow-up reading to type up the actual stories behind paintings as a follow-up activity.

Et voilà! Something new to try if you, like me, haven't quite "gotten" the full potential of picture talk.
Posted by Bess Hayles at 6:15 AM 2 comments:

Beginning of year 13...reflections on Week 1

Whew!  Back in the classroom and ready to rock and roll.  I had a great but busy summer taking kids to France, celebrating my 40th in Puerto Rico with my rockstar colleague Profe Deida, her hubby and my hubby (I now know the joys of reggaeton), attending and emceeing NTPRS, presenting a workshop in Minneapolis, and trying to keep my own kids entertained.

With all that, I didn't have a ton of time to really reflect on my teaching.  Nonetheless, I did make some changes this year.  Here's my list:


How about you guys?  What did you change this year and how is it going?
Posted by Bess Hayles at 12:16 PM No comments:

I am so sorry that it has taken me so long to get this published.  I had an incredible time with you all!  Please never hesitate to reach out if you have questions or need anything.


Sample of powerpoint  Remember that TPRS Books sells a DVD with all the powerpoint stories you could ever want...

Watch the deer video but only if you are okay with crying a little bit...
Posted by Bess Hayles at 9:46 AM No comments:

More Than a Choice NTPRS presentation

This past week, I got to go to my NINTH NTPRS!!!  Hopefully I will have time soon to sit down and digest my thoughts for you.

In the meantime, Eric Richards, my friend and co-presenter at NTPRS, asked me to upload our presentation on using a Choose-Your-Own-Adventure novel on this blog.  So, here it is!  Please let me or Eric know if you have any questions!
Posted by Bess Hayles at 8:37 AM No comments:

I was encouraged to share what I've been doing this week by my dear friend Elicia Cardenas (http://www.desklessclassroom.com/), so here goes!

Our seniors last day was THREE school days ago and I still had FOURTEEN days with the rest of my students, who, like me, really want summer to start.  I thought about doing a new story with new structures, but I feel like some students could really use some extra repetition without trying to cram more structures into their spring-fevered brains.

I decided to go back to the first story we did this year and do a post-reading review "game" with each story: one story per day.  So, the first day, we did the Lucky Reading Game.  This game is a great low-stress way to play a game where everyone can get the right answer and still there is a winner.  It worked very well, reminding me of what structures I let fall away throughout the year.

Next day, the second story of the school year with Snowball/Paper Airplace reading.   I projected the story and then had them translate one sentence of the story into English on their paper.  Then, they threw them at me (this part made it feel like a game even though it really isn't), picked up a different paper, and wrote the sentence following the sentence written on the paper.  Repeat until it gets boring and then offer three bonus points (worth absolutely nothing) if they can make a basket into the recycle bin.

Today, we did Write, Draw, Pass with them writing a sentence from the third story in French, then drawing the next sentence, then writing the third sentence, and so on.  Tomorrow I will hand them out and they can "read" the story as we pass them around the room to laugh at the drawings.

I'm not sure what tomorrow's post-reading activity will be yet.  Any ideas for me?
Posted by Bess Hayles at 12:45 PM No comments:

I have hesitated to share too many resources here because a lot of what I do has been borrowed/translated/stolen from others and I use pictures from the internet without siting my sources...  But I was encouraged to do so by my main teacher man Jeremy Jordan, who shares SO MUCH for free.

So here goes.  I only ask four things:
Hope somebody finds this helpful.  If not, oh well!  I got nothing to lose!
Posted by Bess Hayles at 7:03 AM 2 comments: 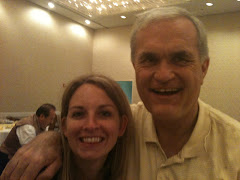